My letter to all you I know you are looking. So I say in this time prices are given. Gratulations to Megan, Beyonce, Billy and Taylor for the grammis. and the rest for the nominations and the prices given. I SAY GRATULATION. Sweden, Molly Sandén for a nomination to the Oscar for in a movie made in Iceland.

I see the royal fight. William and Harry, Megan and Kate. I will let you in on a little secret. William and Kate I love you. Harry and Megan I love you too. And I miss Beatrice so much. I miss Victoria so much. Life did stuff so we all like what is this? Soon 15 year since, Beyonce if I was a boy. Put a ring on it. Kanye remeber on stage in London. With the white psychopat jacket on a show on stage. Was like 12 years ago maybe, something like that, when they locked me up. Now look. I will give on price to Jay Z. And I will give one price to Kanye. From the show once Kanye was new. Really, really, you all do not need to know. I know many more no now and it’s okey. What has been done to me. For 15 years. I’m locked up with all the good work I’ve done, I can still not understand. Do the nazis really hate me? After the fight in Germany 2008. And the interview and the huge media covers. It’s been messed up and hard all the way. From 2004 I know that the nazis is in full force. The world need to hear it’s not only Harry, William or Andrew or Beatrice. It’s been the BBC. Aljazera. CNN. SVT. TV4. RadioTV. The President Trump, he knows. Obama, he knows. Merkel to Reinfeldt. Primeminister Löven. And my fathter Charles. When will you all, Queen please, open up my golden path to stardom. I’ve worked harder then all. Aldo Colliander.

Ukraina has lost the war

Ukraina is losing the war whit 1000 person hit per day

Russian President is more popular than before whit 83 procent

now one can wonder how they’re thinking 💭 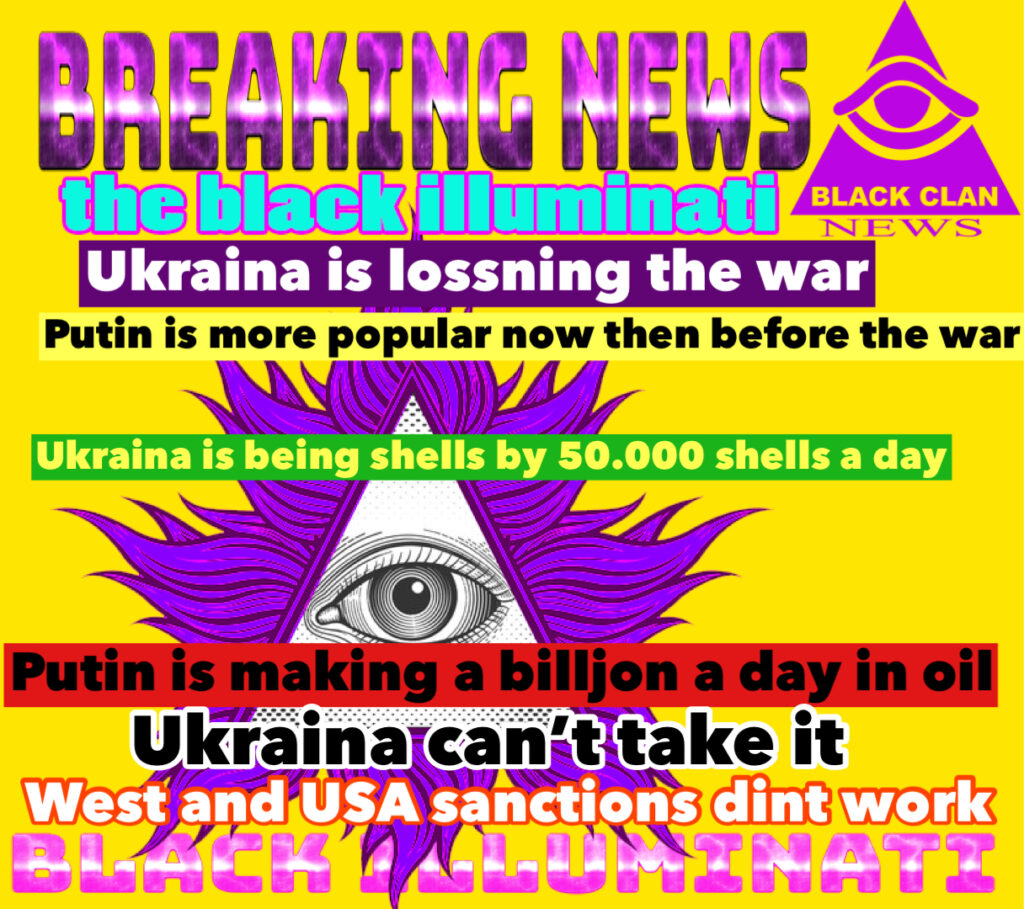